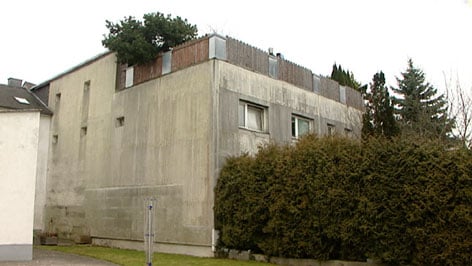 The Niederoesterreiche Nachrichten newspaper quoted a man named Herbert Houska as saying that his wife Ingrid and her business partner have purchased the building in Amstetten in northern Austria.

They intend to renovate the house and convert it into flats, he said.

Other reports said that in addition to the Stadtbrauhof pub, the Houskas also manage Bar Josefine, a local strip club.

“It can't stay empty for ever. We need to bring life into it. In two years it will be a house like any other,” Herbert Houska was quoted as saying.

“We have lots of trainees, some from (nearby towns) Persenbeug and Ybbs, and so we need employee flats,” he told the Niederoesterreiche Nachrichten.

The Die Presse newspaper speculated that women working in Bar Josefine could be put up in the house.

The Austria Press Agency cited the liquidator of Fritzl's assets, Walter Anzboeck, as saying that the purchase price was 160,000 euros ($171,725). The keys will be handed over this week.

The cellar where Fritzl kept his daughter Elisabeth, fathering seven
children by her, is no longer usable, having been filled with cement in 2013.

Her ordeal came to an end in April 2008 when the oldest child, then 19, had to be taken to hospital, bringing the gruesome story to light and attracting massive media interest.

Fritzl, now 81, was found guilty in 2009 of murder over the death of one of Elisabeth's babies, as well as incest, sequestration and 3,000 counts of rape. He was jailed for life.

The fate of the house has long been a topic of debate, with authorities initially concerned it could become a gruesome tourist attraction.