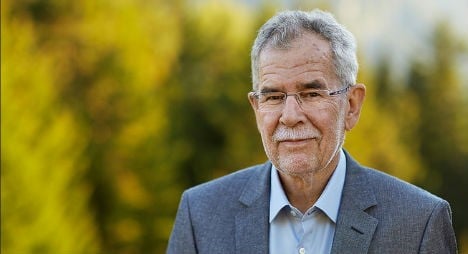 Instead of healing Austria's political rift, Alexander Van der Bellen has proved as divisive a figure in the country's marathon presidential race as his far-right rival Norbert Hofer of the Freedom Party (FPOe).

The former Greens party leader, now running as an independent, has struggled to convince many conservative voters who have accused him of pandering to the left.

Hofer has seized upon the sentiment and repeatedly denounced his adversary as a “communist” or even a Cold War spy for the Soviet Union — claims Van der Bellen dismissed as “ridiculous”.

Back in May, the pro-European liberal nonetheless managed to beat Hofer by a paper-thin margin in the run-off, which was then annulled over procedural irregularities.

It remains to be seen whether Van der Bellen can once again mobilise enough supporters to swing the vote in his favour in Sunday's re-run of the vote.

At 72, the grey-haired economics professor often cuts a wooden and somewhat dishevelled figure next to the smooth-talking gun enthusiast Hofer, 45.

If “Hofer is the offensive attacker who knows he can only score if he's not too aggressive, Van der Bellen comes across as a nice, older gentleman,” political expert Peter Hajek said.

This has been Van der Bellen's main selling point to try and sway undecided Austrians.

“I ask all those who don't like me but perhaps like Hofer even less to vote for me,” he said earlier this year.

“I don't want that Austria becomes the first country in western Europe led by a populist right-wing, pan-Germanic fraternity member.”

Controversially, Van der Bellen vowed not to swear in FPOe chairman Heinz-Christian Strache as chancellor if the poll-leading party wins the next general election scheduled for 2018.

The remark, which Van der Bellen later rowed back on, prompted Hofer to call him a “green dictator”.

Not smoking is 'torture'

Critics have also accused Van der Bellen of being a “turncoat” because he was a member of the Social Democrats before joining the Greens in the early 1990s and eventually becoming their president.

Under his leadership, the Greens went on to achieve record results, but he quit after the 2008 election when the party lost votes for the first time in almost 10 years.

“I have made my way from being an arrogant anti-capitalist to a generous left liberal”, he once said.

As Austrian president, he dreams of a fence-free “United States of Europe”.

An outspoken supporter of gay marriage, the divorced and recently remarried father-of-two has received strong backing from celebrities, artists and the country's top politicians.

Despite his austere appearance, he has also many young fans who organised big dance raves in his support.

If he won, Van der Bellen would be Austria's second-oldest head of state at the time of his election.

His age, combined with a heavy smoking habit, have repeatedly raised questions about his health.

In late August, Van der Bellen was forced to dispel cancer rumours by releasing his medical records proving he had “wonderful lungs”.

He insisted he had no intention of giving up. “I once quit for four months… but why should I torture myself at my age!” he said.