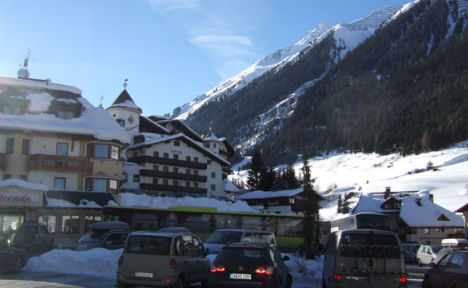 Night owls could face a fine of at least €25 and up to €2,000 if they’re caught wearing their boots or even carrying ski equipment in the centre of Ischgl between 8pm and 6am.

Mayor Werner Kurz says that wearing ski boots can be dangerous when you’re not on the slopes – particularly in Ischgl’s narrow streets which become overcrowded during the ski season. He said that there have been many incidents where tourists wearing ski boots have slipped and fallen – or almost injured someone by carrying their skis on their shoulders “like weapons”.

Plus, stomping around in ski boots on cobbled streets is noisy, and some residents have complained about the sound the boots make on the streets. However, Ischgl is known for its lively après-ski parties and noisy nightlife.

The ban will be in effect from November 20th to May 5th in the centre of Ischgl, and also applies to anyone carrying skis, ski poles and snowboards through the centre after 8pm. Anyone arriving in Ischgl with their ski kit after a late après-ski session would be advised to book a taxi to take them back to their accommodation, before hitting the bars and clubs.

Private security officials will be responsible for policing the centre of Ischgl and issuing fines. Mayor Kurz says the ban is “an intervention – it’s not about punishing people, but enlightening them”.