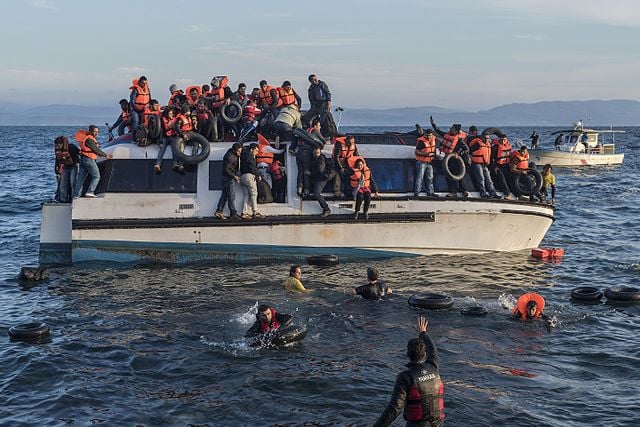 Photo: Ggia/Wikimedia
This financial support is in keeping with the EU-Turkey deal that was settled in Brussels on March 20 of this year wherein, in exchange for funding, Turkey pledged to take back all migrants who illegally entered the EU.
In an interview with Kronen Zeitung, Kern expressed that there have been no noticeable results correlated to the EU's cooperation with Turkey. The EU having honored its end of the agreement until now, his concern lies in the risk of the deal simply falling through once the remaining balance of 2.5 billion Euros is paid out.
In fact, Turkish President Recep Tayyip Erdoğan has even recently threatened to cancel the deal, seeking what Kern describes as an exacerbation of the situation. According to a recent Facebook post, Chancellor Kern only sees Erdoğan's general retreat “away from the European values of democracy, the rule of law, and human rights”. To this, he believes the EU must stop appeasing and respond firmly with: “no migration deal, no money!”
Austrian Minister for Foreign Affairs and Integration, Sebastian Kurz has come under fire recently for echoing a similar sentiment regarding Erdoğan's plans to restore the death penalty for plotters behind the July 15 failed military coup. Kurz posted to his Facebook: “anyone who uses the death penalty, closes the door to the EU”. Even though the minister publicly took this stance months ago, supporters of the Turkish president have recently ramped up their critique, going so far as sending Kurz death threats over social media.