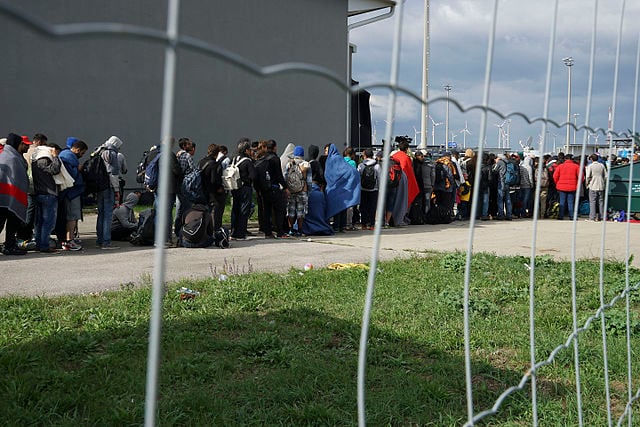 Photo: Mstyslav Chernov/Wikimedia
In an interview with the German newspaper Bild, Doskozil stated, “I have always said the EU-Turkey deal should only be a stop-gap measure until the EU is in the position to effectively protect its external borders and thereby stem the flow of migrants”.
This comment comes after defence ministers from Central European states agreed to meet in Vienna to discuss tactics regarding the current state of EU-Turkey deal. Doskozil believes, “the time to organize […] is ever closer.” The meeting in question took place today and will continue tomorrow in Sarajevo.
In effect since March, the deal was originally designed to manage the giant influx of migrants that occurred in 2015 by sending undocumented individuals back to Turkey. In exchange, the EU promised to accelerate visa-free travel to the EU for Turkish citizens and to deliver three billion Euros in funding.
In an interview with Oe1 radio, Minister for Foreign Affairs and Integration Sebastian Kurz observed that “over recent years Turkey has moved further and further away from the EU, but our policy has remained the same. That can't work. What we need are clear consequences.”
Deutsche Welle reports that, as opposed to going back to Turkey, the result to date has been that asylum applications for newly landed migrants have dramatically increased in Greece, rather than in richer European countries. According to Kurz, “this does not correspond to the situation in Turkey and as a result this policy must be changed.”