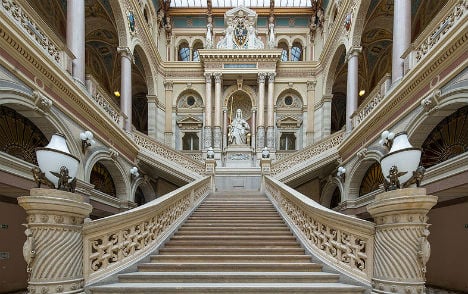 On Monday, without naming Austria, Putin railed against what he called the “acquittal” of a refugee who was accused of raping a boy in a “European state”.

“In a European country, a child is raped by a migrant, and the court released him for two reasons: he speaks the language of the country badly, and he did not understand that the boy was a boy,” Putin said during a conference in Astrakhan, southern Russia.

“This is the result of the dissolution of traditional national values,” he said, adding that a society that cannot defend its children has no future.

Earlier this year, the 20-year-old Iraqi migrant was found guilty of serious sexual assault and rape of a minor at a swimming pool in Vienna and was sentenced to six years in jail. But in October the Supreme Court lifted the verdict of six years imprisonment and ordered a re-execution of the proceedings.

The Supreme Court found that while the verdict was “watertight” with regard to the serious sexual abuse of a juvenile, the written verdict on the second indictment, rape, cannot be sufficiently proved.

According to the Supreme Court, the first court should have ascertained whether the offender had thought that the victim agreed to the sexual act and whether Amir A. had the intention to act against the will of the boy.

The rape case therefore must go back before the regional court. In the second legal process, which presumably will take place in 2017, a new sentence must be imposed. The 20-year-old will remain in custody until then.

A Russian blog which is critical of the media reported on the developments but managed to get its facts wrong, dispensing with the legal details and criticising Austria’s “sky high tolerance” and what it referred to as an “acquittal”.