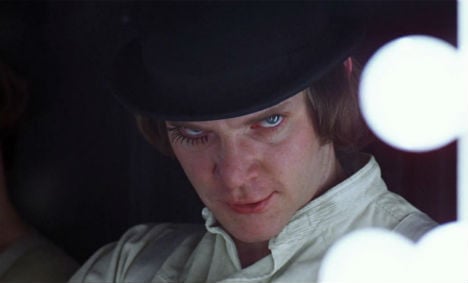 The character Alex from the film 'A Clockwork Orange'. Photo courtesy Everett Collection.

The man, identified by law-enforcement officials as Arthur Magnus, was from Vienna and was visiting New York for a wedding.

His body was found on Tuesday morning on the outer road of the Brooklyn-bound side of the bridge around 5:30am. He was pronounced dead on the scene.

Magnus was an events manager for the Masters of Dirt motocross shows. He was the son of singer Elisabeth von Magnus and the grandson of the famous conductor Nikolaus Harnoncourt, who died earlier this year.

Police say Magnus was staying with a relative in Brooklyn, and was returning from a Halloween party.

“He was in costume, we believe from the night before,” NYPD Chief Detective Robert Boyce said. Magnus was dressed as a character from the film A Clockwork Orange, he said.

Police said it’s unclear if he jumped or fell from the bridge while possibly trying to take pictures. They are awaiting the result of an autopsy to determine how he died.

Sources say that a car hit him after he fell.