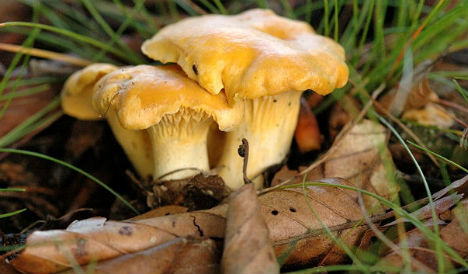 The pensioner, from Tarsdorf in Upper Austria, was suffering from hypothermia but was rescued by a young chimney sweep who found him lying on a path near a river on his way to work on Wednesday morning.

The man’s brother became alarmed to find he wasn’t home and called the police early on Wednesday, telling them the elderly man had gone out to pick mushrooms.

Police launched a large scale search with sniffer dogs, helicopters, forestry workers and a Red Cross team, and soon found the man’s car on the edge of the forest. They searched the forest for four hours, until the man’s brother phoned to say that his sibling had been brought home by the chimney sweep.

The 17-year-old apprentice chimney sweep had taken a scenic detour on his way to work and had found the pensioner lying on the ground in a weakened state. The 76-year-old man has since been flown to hospital in Salzburg, to be treated for hypothermia.