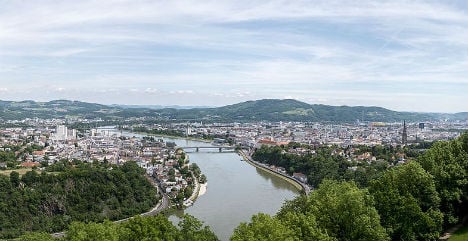 The signatories of the letter include Nobel-Prize winning author Elfriede Jelinek, as well as notable writers, actors, political scientists and concentration camp survivors, the Mauthausen Committee and the Upper Austrian network against racism and right-wing extremism.

The congress – called ‘Defenders of Europe’ – is due to take place on October 28th and 29th in Linz. On its website it describes itself as “an exhibition of the patriotic and conservative work being done in the journalistic, cultural and political sphere” and describes its mission as being “against the ethnocultural repression of European people.”

It's advertised on the Freedom Party (FPÖ) linked website Unzensuriert.at, and one of its “high-profile speakers” is FPÖ General Secretary Herbert Kickl.

After the Social Democrats and Greens said the event should not take place in Linz, Pühringer asked Austrian intelligence officers from the federal anti-terrorism unit to assess the controversial event and whether it poses any danger. They said that “despite the possible participation of individuals from the extreme-right, there is no information that would lead to a prosecution or any information which could lead to charges being brought in advance of the event”.

Anti-fascists have called for a counter-demonstration to take place on October 29th.