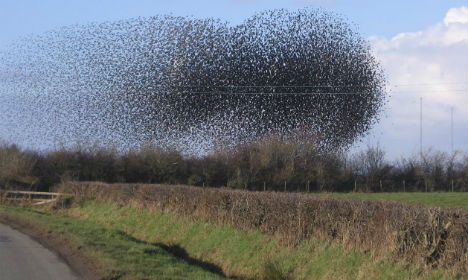 Witnesses described the scene as like something out of a horror film. Some people commented on the unusual event online, joking that the birds ought to have been tested for “air worthiness”.

Ornithologists were initially confused as to what had caused the birds to fall into the road but now believe that they had gorged on fermented berries – which contain naturally occurring alcohol – and got drunk on them.

Rain and foggy conditions further confused them, so that they didn’t know where they were going and lost their bearings over the motorway, crashing into cars and trucks.

According to the Österreich newspaper it’s not such a rare phenomenon – in 2006 a flock of waxwings got drunk eating berries and crashed into the walls of apartment buildings in Vienna.