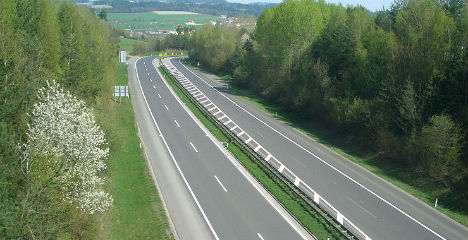 Access to the rest areas on the highway leading to Höhe Franzosenhausweg has now been blocked off and traffic police will be regularly patrolling the vicinity, according to the ASFiNAG corporation.

As soon as it gets dark the lay-bys reportedly get busy with singles and couples stopping off to enjoy steamy sexual encounters.

Several Internet forums list the two rest areas as being particularly popular and a good spot for a casual hook-up. According to ASFiNAG the two lay-bys are also frequently vandalised or left covered with litter.

The rest areas will be closed until further notice and drivers who really do need to take a break can stop on the nearby Westautobahn (near Ansfelden) or wait until the next lay-by on the A7 which is at Unterweitersdorf.

Although it’s not illegal to have sex in a public place, there are regulations regarding outraging public decency which can result in a fine.