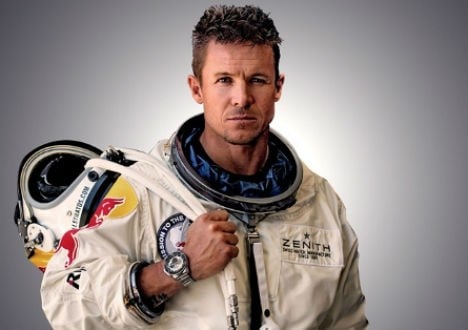 The stuntman’s car had to be towed back to where he’s staying in Germany.

In a comment on his Facebook page the 47-year-old admitted that he had probably been pushing the car “too hard”, but said that he loves it anyway. He didn’t mention how much it was going to cost to repair the red sports car.

The self-proclaimed “fastest man on earth” received hundreds of comments in response to his post – some of them sarcastic and angry. “Dear Felix, you really should learn how to drive and not just burn petrol out of boredom, endangering others. I’ve now deleted you from my friends’ list,” one user responded. Several of his followers ticked him off for being a bad role model to young people and one person criticised him for boasting about his “irresponsible driving”.

Although many sections of Germany’s autobahn has no general speed limit, some highways have posted limits of up to 130 km/h based on accident experience and congestion. The German highway code states that anyone driving a vehicle may only drive so fast that the vehicle is still under control.

He famously jumped to earth from a helium balloon in the stratosphere in 2012, and prior to that in 2003 glided across the English Channel from Dover to Calais.

He lives in Switzerland after leaving Austria in a row about the amount of taxes he has to pay.