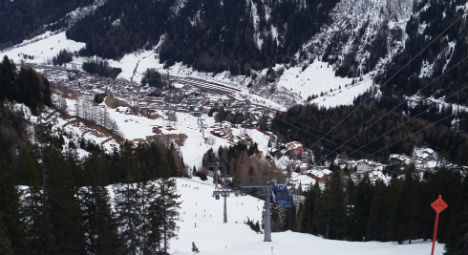 In a new study they found that Switzerland has nearly 40 fewer snow days a season than it did in the 1970s, even in high altitude resorts.

The joint study, whose results were published in the Climatic Change journal last week, was carried out by the University of Neuchâtel along with the Federal institute for research on forests, snow and the countryside (WSL) and the Institute for the study of snow and avalanches (SLF).

Until now such studies have mainly focused on winter only, but this one analyzed snow coverage across autumn and spring too, using data from 11 Meteo Suisse weather stations of various altitudes over the period 1970 to 2015.

The study found that all the resorts – both at low and high altitude – saw a shortening of the duration of annual snow cover over the 45-year period.

The maximum snow depth also reduced by 25 percent over the years, researchers found. And the day on which this maximum is achieved arrives 28 days earlier now than 45 years ago.

The early melting of snow in spring contributed most to the shortening of the season, said the WSL, with the later arrival of snow in autumn being a lesser factor.

Speaking to The Local, the project’s lead researcher, WSL climatologist Professor Martine Rebetez, said while people already knew snow coverage was decreasing at lower altitudes (around 1,500m), “we were surprised to see that it has changed exactly the same at higher elevations”.

Snow cover in the Alps may therefore continue to drop in the future. “What we have seen is that [snow decline] is perfectly coupled with the temperature increase. So it will totally depend on how much temperatures will increase in the coming decades. As we are not doing anything at this point to reduce climate change then the snow [decrease] will just follow the temperature increase,” said Rebetez.

The situation could have a serious impact on ski tourism in the Alps, with the higher resorts which typically offer Spring breaks also affected.

Austrian experts echo the Swiss findings, with the Central Institute for Meteorology and Geodynamics (ZAMG) confirming that a higher average temperature rise has been recorded in the Austrian Alps compared to other regions around the world, and that this means that “in principle we can expect a shorter duration of snow cover in the Alps”.

Lack of snow melt could also lead to water shortages in Austria – a recent study by the Vienna University of Agricultural Sciences (BOKU) concluded that water shortages could become a reality in the future as a consequence of climate change and decreasing snowfall.

According to the International Commission for Alpine Protection (CIPRA), Alpine communities are “not only the victims, but also the causes of the climate problem”. It says that Alpine households and businesses consume energy at a rate far above the European average and are too heavily reliant on cars and other motorized vehicles for transport and deliveries.