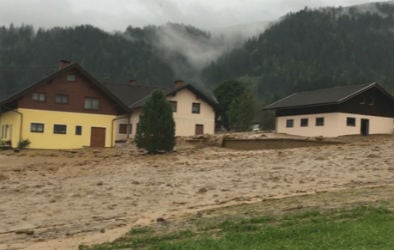 Fire service chief Libert Pekoll said the situation was dramatic, with the district still not having recovered from previous storms and mudslides.

Around 163 people had to be evacuated from their homes for the night and temporary accommodation was set up in the local community centre, where the army provided 100 beds.

However, most of those affected were able to find a place to stay with friends and relatives. Many were able to take only a few things from their homes as they left, and most of the ground floors of the houses in Afritz have been swamped in up to two metres of mud. Many of the houses’ doors and windows could not withstand the pressure of the mudslides – and locals are worried they may have problems claiming back money on their insurance policies.

An emergency response team met on Monday and 70 people are helping the rescue and recovery effort. The mayor of Afritz, Maximilian Linder, said that half of the area is still covered in mud and debris. The army is sending soldiers to help with the clean-up operation on Tuesday.

During Sunday night’s storm Linder advised people to make their way to the community centre or to move to the first floor of their homes.

The pipeline supplying drinking water to around 70 homes has been damaged, and the town of Villach is helping by sending supplies of bottled water.

Regional councillor Gerhard Köfer has called on the federal government to provide funds to help with the damage caused by the storms. The state of Carinthia has serious financial problems and Governor Peter Kaiser (SPÖ) will also be appealing to the government for help. 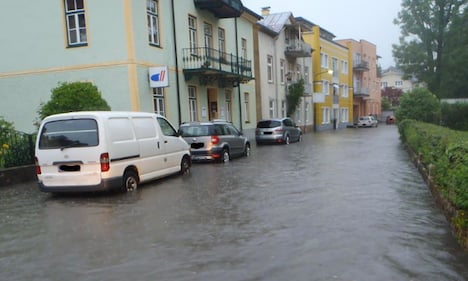