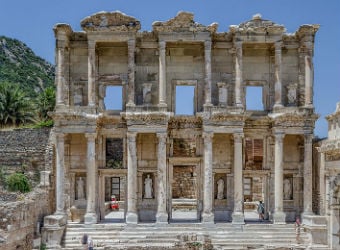 The Turkish news agency Dogan reports that the Austrians received an order from the Turkish foreign ministry to down tools by the end of August. The excavation project wasn’t due to be completed for another two months.

The Austrian Archaeological Institute (ÖAI) has a long tradition of working in Ephesus, since 1895. In mid-July the ÖAI said that the attempted coup in Turkey would not affect its work in Ephesus, although the excavation director Sabine Ladstätter admitted that the situation was “tense”. However, she said that the Austrian researchers based in Ephesus were “very integrated”.

Vice Chancellor and Science Minister Reinhold Mitterlehner (ÖVP) responded to the order to stop the project with a statement on Sunday: “I regret this decision very much because it mixes politics and science, and is inconsistent with the partnership that we have fostered over many years in Ephesus. With this step, the freedom of science is continuing to decline. “

Tensions between Vienna and Ankara have risen since Austria’s Chancellor Christian Kern (SPÖ) called for a debate within the EU on whether to end accession talks with Turkey. In August, Turkey recalled its ambassador from Vienna.

Austria’s Defence Minister Hans-Peter Doskozil has compared Turkey to a “dictatorship”, adding that “such a state has no place in the EU”.