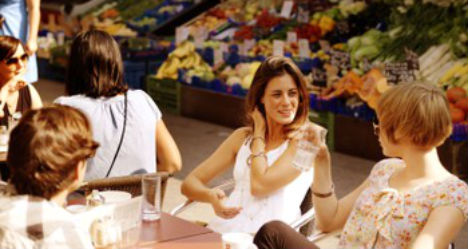 Austria broke into the overall top ten for the first time, ranked as the eighth best country for expats – the second highest ranking country in Europe after Malta in the number two spot.

The survey ranked Austria as the number one country for healthcare with more than four-fifths of expats (82%) satisfied with the quality of medical care, while 79% think that healthcare is affordable.

Somewhat predictably, the study also put Austria in the number two spot for quality of life, behind Taiwan. Austria also did well when it came to public transport, where it ranked number three.

British expat Helen Hemblade, who lives in Vienna, told the Local some of the reasons why she likes living in the capital: “Relatively low living costs, low crime rates, great public transport. It's also a beautiful city surrounded by amazing countryside.”

She also agreed that Austria has a good health insurance system, direct access to specialists and well-organised medical emergency services.

However, having said all this, Austria ranks an uninspiring 31st place in the Personal Happiness subcategory and the country does not appear to offer a warm welcome as it ranked a poor 54th place out of 67 in the Ease of Settling In Index.

The perceived lack of friendliness of the locals, the trouble finding friends, and the difficulty of learning the local language are the main factors that bring Austria so far down in this category.

One expat surveyed in Austria told researchers: “Locals can be a little rejecting to foreigners especially if you do not speak German.”

PARTNER CONTENT
Mental health: what are the warning signs international residents should look out for?

PARTNER CONTENT
Why bright minds from across the world are choosing to live in Stockholm
Url copied to clipboard!