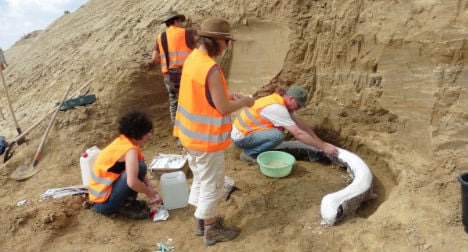 Builders had been working on the A4 road near Mistelbach in Lower Austria when they unearthed the tusks and called museum experts out to investigate.

The experts immediately carried out what they called an “emergency excavation” to cover the tusks – protecting them from damage – and safely remove them.

The incredible discovery actually happened in mid-August but Vienna's Natural History Museum only published news of the find on Monday.

The tusks are reportedly 2.5 meters long and come from a type of mammoth older than the more commonly known woolly mammoth. Parts of the animal's vertebrae were also found on the site.

The discovery was described as “pretty sensational” by experts.