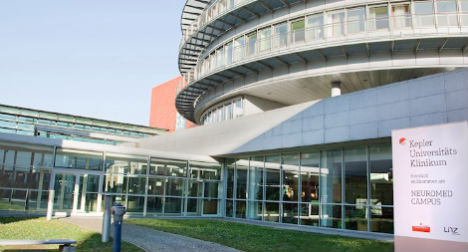 The University Hospital where one of the injured was taken. Photo: kepleruniklinikum.at

One adult was also injured in the incident that took place on a “farm experience” site for children in Upper Austria.

A group of 23 children aged between four and nine years old were out for celebration when they climbed along with a 33-year-old mother up on to the 1.20 metre tall platform to take a photo.

According to police, the construction has been used for years by visitors to take photographs.

After the platform collapsed, emergency services were called and three rescue vehicles and a rescue helicopter arrived to the scene to take the injured to hospital.

One seven year old girl received severe injuries and was taken to intensive care in a hospital in Linz, according to the clinic spokesperson Clemens Kukacka. She is not thought to be in a life-threatening condition.

Eight other children and the mother received less severe injuries and were brought to a hospital in Wels for treatment.