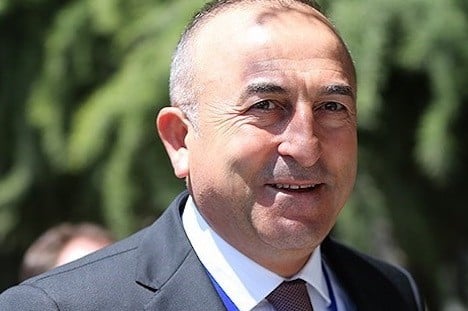 “We have recalled to Ankara our ambassador to Vienna for consultations and reviewing our relations,” Foreign Minister Mevlut Cavusoglu said, in quotes carried by the state-run news agency Anadolu.

Cavusoglu, speaking at a news conference alongside his Moldovan counterpart, accused Austria of “supporting terror”.

“Unfortunately, the reasons to keep our bilateral ties and cooperation with Austria as before have been removed,” he said.

Turkey also summoned on Monday the Austrian charge d'affaires to the foreign ministry. It was the second time the diplomat has been ordered to the ministry in a spat over the age of consent in Turkey.

The row was sparked by a news ticker headline that was broadcast on screens at Vienna's airport which said Turkey allowed sex with children under the age of 15.

Cavusoglu said Turkey would take “other measures” about bilateral relations with Austria in the coming period.

Austria has also enraged Turkey by saying membership talks with Ankara should be halted due to the relentless purge launched in the wake of the July 15 failed coup in Turkey.

“We have to face reality: the membership negotiations are currently no more than fiction,” Chancellor Christian Kern told Austrian media earlier this month.