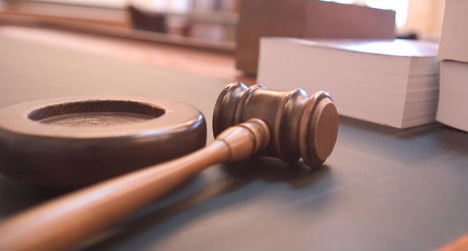 Austria’s Interior Minister Wolfgang Sobotka told Österreich newspaper that he wants those who have broken the law to automatically lose their right to asylum in the country.

“The question is whether someone who is a lawbreaker automatically loses their asylum status with the legal sentencing. For me, that would be a conceivable measure to consider,” he said.

Sobotka proposed this could apply to both people awaiting an answer to their asylum application as well as those who have already received refugee status.

Now a survey of Austrians carried out by researchers GfK suggests that 79% are “very” in agreement that refugees “who have offended to be quickly removed from the country.”

A further 14% are “probably” in agreement, bringing the total of people who are comfortable with the idea to 93%.

The Green’s spokesperson for refugee and migration issues Alev Korun has said she is sceptical of the suggestion by Sobotka, arguing that 25 years of tightening of asylum laws has not solved a single problem.

“It is neither sensible nor helpful to continue doing something that has not worked in the past,” she said in a statement.

Sobotka’s announcement over the weekend follows comments he made last week pushing for tougher laws for people who come illegally to Austria to settle as economic migrants.

“(…) those who travel to us illegally for economic reasons, I would like them to see legal consequences. That requires a significant strengthening of the law,” he said.