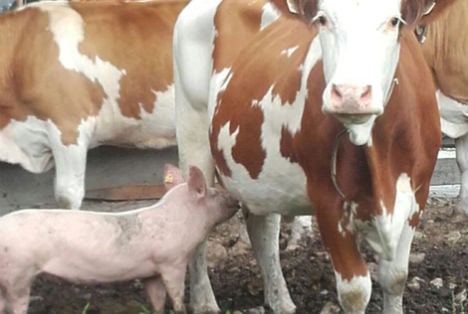 “They said the herder should come and look what his little pigs are doing,” owner of the small farm plot Hans Gumpitsch told Tiroler Tageszeitung.

The three pigs were spending the warm summer months outside with the cows in Tyrol's Nußdorf-Debant municipality, during which they took a liking to cow's milk and worked out where to get it.

“They drink from the udder with a lot of sensitivity,” said Gumpitsch, explaining that if the animals had bitten or suckled roughly then the cows would have none of it.

After suckling to their heart’s content, the eight-month-old pigs – who are owned by local mayor of nearby municipality Gaimberg Bernhar­d Webhofer – then apparently like to lie down for a nap.

Since the reason for the cow’s disappearing milk has been revealed, visitors and locals have been flocking to the farm to see the unusual spectacle for themselves.