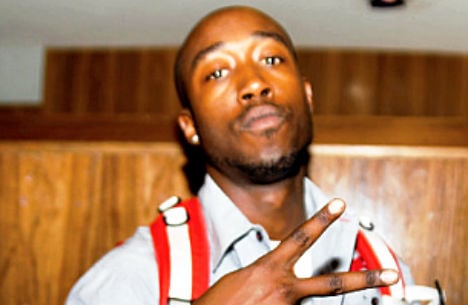 The 34-year-old rapper from Gary, Indiana, had been arrested two and a half months ago in France, where he was playing as part of a European tour, before being extradited to Austria earlier this month.

Gibbs, whose real name is Fredrick Tipton and who has a one-year-old child, had initially been arrested under suspicion of rape but on Wednesday the court in Vienna confirmed charges of “sexual abuse of a defenseless or psychologically impaired person”.

The case involves an incident with a fan who attended one of Gibb’s shows in the Vienna club Grellen Forelle in July last year.

Initial reports suggested the incident involved two female fans, although a statement from the courts released to Reuters mentions just one reported victim.

“[Gibbs] is alleged to have administered knock-out drops to a woman and then have abused her sexually while she was in a defenseless state,” Reuters reported the spokesman has saying.

The drugs were thought to be administered after the fan came backstage following the concert. She was then reportedly taken back to a hotel where she was allegedly assaulted by the rapper and one of his security agents. The agent did not join Gibbs on his latest tour to Europe and was therefore not seized by European authorities in June.

Immediately following the arrest in June, the rapper denied the accusations of rape. “There is no objective evidence that Freddie Gibbs had sex at all with this woman,” said the rapper’s lawyer in Vienna, Thomas Kralik.

The rapper is currently being detained in an Austrian jail.