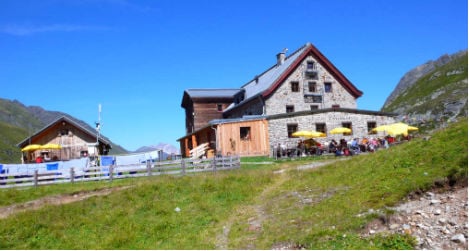 On Tuesday morning a 49-year-old German was hiking to the Franz Senn Hütte in Neustift im Stubaital with his wife when he fell 250 metres to his death down a steep terrain.

His 45-year-old wife, also German, had been walking ahead of him and only realised he had fallen when she turned around after hearing an unusual noise.

Emergency services were called but could only confirm the death of the man, whose body was flown down the mountain by police helicopter. The wife, who had also received an ankle injury, was taken down separately by the rescue helicopter.

It follows the death last week of a 55-year-old Italian man who also fell in the same area while walking with his wife. The couple had also been hiking to the Franz Senn hut when the man slipped and fell 250 feet to his death.

On the same day not far away in the Ötztal region a 56-year-old man also died while returning from a hike after presumably slipping on a stone and hitting his head on a rock.

They are not the first deaths in that area. In 2013 two Germans died in separate incidents after falling while also trying to hike in the Neustift im Stubaital region.