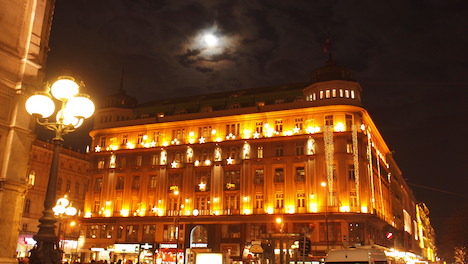 The men, all of whom are either currently seeking asylum, or who have been granted asylum, are being held for questioning in connection with the assault of a 28-year-old woman from Germany, which took place on New Year's Day.

Vienna police spokesman Paul Eidenberger said that the men, who range from 21 to 47 years in age, were arrested at various locations on the weekend.

They are alleged to have drugged the woman, then taken her from Schwedenplatz to one of the apartments in which they lived, where she was sexually assaulted.

The woman had no memory of the attack, however police were able to piece together the location of the incident through the use of surveillance cameras.

In addition, DNA evidence was collected from the woman, which suggests at least four of the men are “strongly linked” to the crime, however “all were involved”, according to Eidenberger.

The men have each denied the accusations, according to police.

It is customary to hold suspects in pre-trial detention, while they are questioned.  Bail is usually not granted in such serious cases in Austria.