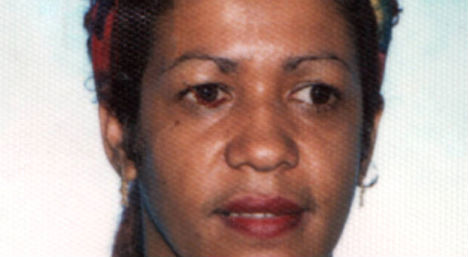 “Rosi” was a sex worker who worked in Burgenland and Upper Austria. Photo: Polizei

The woman, whose body was discovered on a horse paddock near the city of Eisenstadt in 1993, is thought to be a sex worker born in 1962 originally from the Dominican Republic.

She used the name “Rosi”, although investigators do not know her real name, and worked in several brothels in Burgenland and Upper Austria.

Criminal investigators have now released her image in the hope that new evidence and witnesses will come forward.

Rosi was found early one morning just outside the town of St. Margarethen having been wrapped up in black wrapping material, having been strangled to death.

Her body had also been bitten several times by animals, her thigh bone had been sawn through and her upper arm had been broken.

Police had been unable to identify her at the time and her murder became a cold case until last year when new forensic evidence emerged and new examinations were carried out using modern technology.

“These investigations produced evidence that led to the identification of the victim,” said Johann Fuchs from Eisenstadt state prosecutors.

“Who knows this woman and can offer information about her whereabouts and contact person in Austria, particularly in the years 1991 to 1993?,” prosecutors ask.

Several studies have shown that female sex workers often face more violence towards them at work than women in other employment.

Famously, Austrian serial killer Jack Unterweger was convicted for murdering 11 sex workers between 1990 and 1992 in Austria and abroad.

The case was extremely controversial as Unterweger had already been sentenced to 14 years for murdering a woman in 1974 and had been released as a rehabilitation ‘success’ story in 1990.

He became a celebrity in Austria following his release although it is now known he continued killing women throughout this time. He was convicted and sentenced to life imprisonment in 1994, although he committed suicide in his cell shortly after receiving his sentence.