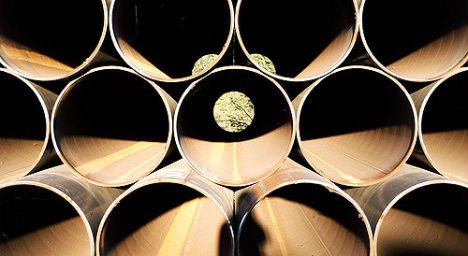 Net profit fell 63.5 percent in the three months to June, Voestalpine's financial year, to  €105.8 million, while Ebit, a measure of operating profit, dropped 7.6 percent to €2.77 billion.

Steelmakers across the world have seen their profits and market capitalisations slump on weak steel demand and oversupply, often blamed on alleged steel dumping by Chinese producers.

Voestalpine's response has been to focus on the market segment demanding the greatest degree of steel quality, such as railways, the car industry, high tech and tools.

This high-end strategy was paying off, Voestalpine said, protecting income from the global slump. But the company also supplies steel products to the oil and energy industry, where capital investment has been plunging because of low oil prices, ripping holes into Voestalpine's earnings.

“Although the global economic conditions became more challenging in the first quarter of the current business year and, as previously often forecast, left their mark on our earnings figures, those market segments that are most important for us – with the exception of the energy sector – remain at a stable and solid level,” chief executive Wolfgang Eder said in a statement.

Voestalpine said the earnings downturn had been expected, especially since the year-earlier bottom line had been boosted by one-off gains.

Stripping out non-recurring items, the net profit drop was 28.3 percent. Looking ahead, Voestalpine said that the higher prices it now commands in the steel contract business would feed into profits in the current financial year, and it also expected the oil and gas sector to start investing again.

This trend should lead to stable profits in the current year compared to the previous 12 months, Eder said.

But investors were disappointed in the earnings report and Voestalpine shares fell 2.2 percent to €31.36 on the Vienna stock exchange in early business Tuesday.