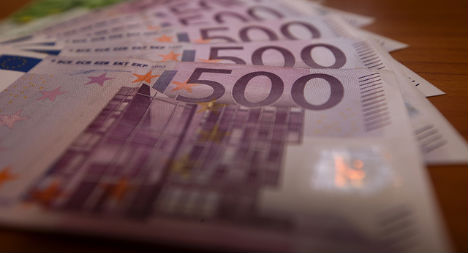 The incident happened last December in Salzburg but is due to be heard in court next week as part of a drug dealing trial.

According to the Kurier newspaper, an undercover police officer had tried to lure drug dealers into a trap by offering to buy seven kilos of heroin from them for €102,000.

After meeting them at Salzburg Airport centre, one of the suspects said he wanted to check the money was real in the undercover officer’s car.

The operation took a turn for the worse, however, when the suspect suddenly grabbed the suitcase full of cash and made off with it. Despite police efforts to track him down, neither he nor the money has been seen since.

Meanwhile, his accomplice – a 26-year-old Albanian – waiting outside the car was seized by police at the airport centre and is in court next week facing charges relating to drug dealing and theft.

A police spokesperson told the Kurier that they did not want to comment on the case until the trial was complete. “It will only become clear whether there are disciplinary consequences after the trial,” she said.

Other undercover investigations into the narcotics trade in the region have been more successful.

In March this year Salzburg police were able to seize four men after tricking them into handing over ten kilograms of cocaine worth €400,000.