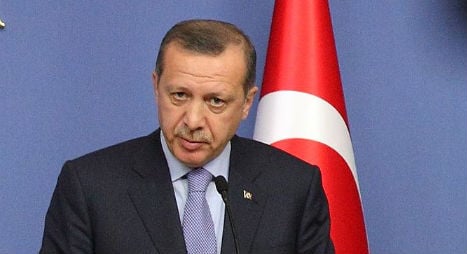 The deal struck earlier this year involved Turkey accepting the return of ‘irregular’ migrants from Greece and preventing further people from leaving Turkish shores to reach Europe. For every person returned, the EU agreed to accept one Syrian asylum seeker from Turkey.

With Austria one of the centres of the refugee and migrant crisis last year, how might the collapse of this deal affect the country were it to happen?

If Turkey does cease efforts to prevent people leaving its borders and either crossing to the EU by land or sea, chances are that thousands of migrants and asylum seekers will attempt the journey. With the so-called West Balkan migration route closed off by strict border controls, it would be difficult for asylum seekers to travel this route to Austria as they did last summer. Tens of thousands may join those already stuck in Greece. But if border controls struggle to cope with the pressure, smugglers will take advantage of the situation and attempt to transport people into central Europe in the back of vans and trucks. This may well mean increased police controls at the Austrian border, traffic delays, more Austrian soldiers posted in foreign countries, and potentially many undocumented migrants and asylum seekers crossing the border.

Following the passing of a strict new asylum law in Austria earlier this year, the government now has the power to prevent nearly all asylum seekers from crossing the border in the case of an “emergency”. The Interior Ministry has said it would want to enact these measures if the number of asylum applications was approaching 37,500, the upper limit for 2016. If the situation in Greece and in countries bordering Austria becomes increasingly uncertain and conditions look similar to those last summer, however, then the government may decide the emergency measures are warranted to prevent the crisis from reaching Austria. This means a stronger police presence on the border and asylum seekers potentially being turned away at the border, breaking international human rights laws.

Austria swings to the right

At the first presidential run-off election in May, far-right candidate Norbert Hofer based much of his campaign on dissatisfaction with the government’s handling of the refugee and migrant crisis. With the election taking place just months after Austria saw chaos at its train stations and border towns – and amid a government u-turn on refugee policy – the issue was hotly debated in society. Since then, the number of new asylum seekers has significantly dropped – thanks in part to the Turkey deal – and the topic is no longer dominating newspaper headlines. With the election re-run taking place in October, it would be difficult for Hofer to continue campaigning on such a strong anti-migrant and anti-refugee mandate under these conditions. If the deal collapses, however, and the EU is seen to be failing at dealing with increasing numbers of asylum seekers, it would fuel the far-right and possibly give Hofer the edge over his liberal rival.

Relations between Turkey and Europe are already strained and if Turkey did rip up the migrant deal, it would signal a significant breakdown in diplomacy between the two powers. This is in addition to EU anger at the authoritarian measures introduced by Turkey’s President and the increasing unlikeliness of Turkey getting the coveted EU membership. Austria is in particular sceptical of visa-free entry for Turkish citizens and strongly critical of the crackdown in Turkey. With hundreds of thousands of Erdogan supporters in Austria, however, a breakdown of relations between the two countries may lead to anger among the Turkish population and further protests in the streets. For the EU in general, having an uncertain and difficult relationship with the country that acts as a border buffer between Europe and conflicts in the Middle East, will not feel encouraging to many.