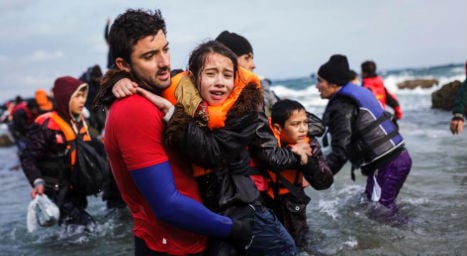 Since April, the government has offered €500 in cash to asylum seekers from countries including Afghanistan, Morocco, Iraq, and Nigeria if they return home voluntarily within the first three months of their asylum application.

Those who leave within six months get €250, and after six months, they get €50. No figures have been released so far about the number of people who have accepted the offer of cash, although the government has confirmed the number of voluntarily returns this year has reached 3,195.

One asylum seeker from Iraq told the Kurier newspaper, however, that his main motivation for returning home is that he failed to secure himself a better future in Europe.

“I wanted to live in peace and security,” he said. “The people here do not want the refugees. We have all felt it.”

Having being in the country nine months, he neither received a hearing for his asylum application nor a place on a German course. “I didn’t come here to get money. I wanted to work and bring over my wife. But now I think I have lost nine months of my life,” he said.

The organisation Verein Menschenrechte Österreich (Human Rights Society Austria), which gives free legal advice to asylum seekers and helps between 250 and 350 people return to their home countries every month, says only 21 of their clients have taken the money.

“The money is not a motivation for returning,” said the head of the organisation Günter Ecker. “But sometimes, someone likes to take it because it facilitates the return.”

“Life perspective is the most important thing. How many years are left until the case is decided, can they bring over their family, and is it easier to make ends meet here than back home.”

Some, including Syrians, have even returned home to civil war conditions due to homesickness, he added.

In a statement released along with the latest figures on returning asylum seekers, head of the Austrian Federal Office for Immigration and Asylum Wolfgang Taucher said the system is only credible if failed asylum seekers can be returned home. “Voluntary returns are an absolute first priority,” he said.

In total, 5,163 people were returned to their home country so far this year, 3,195 of whom went voluntarily.

According to the latest figures from the office, 25,772 decisions have been made on asylum applications so far this year. Of those, 12,517 were granted asylum and 1,713 were granted shorter-term subsidiary protection.