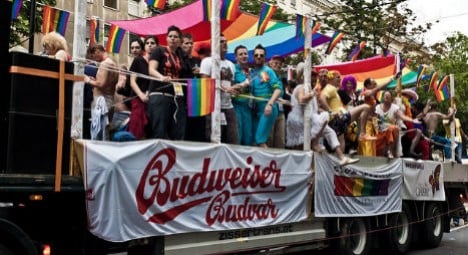 The survey by the Ministry for Families and Youth has revealed the perceived popularity of ‘traditional’ family structures in Austria, with a large majority also believing society is much happier about mothers staying at home to care for children than fathers.

The ministry surveyed 1,000 Austrians from a broad section of society by showing them pictures of family situations, asking them how they felt about them personally and to evaluate them in society in general.

The results showed significant differences between how respondents felt personally and the perception of societal attitudes.

When asked how they personally feel about homosexual parents having children, 48,5% said they felt either ‘positive’ or ‘very positive’ about it.

When asked to assess how accepted homosexual parents are in society in general, only 9.5% evaluated it positively and 68.5% perceived it as either ‘negative’ or ‘very negative’. There was a similar discrepancy relating to the division of childcare between the sexes. Personally, respondents felt overwhelmingly positive about both women and men taking parental leave to care for children.

Evaluating society as a whole, a large majority (88%) said they thought society was very happy about mothers taking maternity leave to care for children but only 35.5% thought the same for fathers.

About a quarter were personally happy with fathers choosing their career over childcare, although this changed to nearly three quarters for societal attitudes, with only 8% thinking people saw it negatively.

Following a change in the law in January 2015, same-sex couples are now allowed to adopt the children of their partners in Austria, although they are still not allowed to marry.

In his ruling, president of Austria’s highest court Gerhart Holzinger said that the court found there was “no justification for difference in treatment because of sexual orientation”.

According to gay rights organisation Rechtskomitee Lambda, Austria is the only country in the world which has granted full adoption rights for same-sex couples but not allowed the parents of these children to marry.

Surrogacy is not an option for homosexual couples in Austria as under Austrian law, it is illegal for a woman to offer to be a surrogate mother.