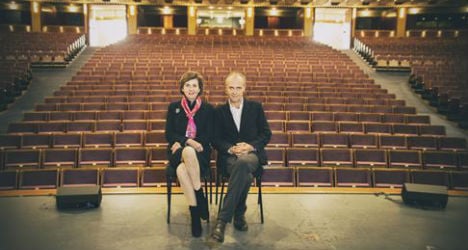 The 96th edition of the gathering, which runs until August 31, will stage close to 200 opera, drama and music performances.

Organisers want the event to help take people's minds off the recent spate of jihadist attacks in neighbouring Germany and France.

“The festival was born as a peace project in the middle of World War I when things were much worse than today. As such, it should provide soul food in troubled times,” said festival president Helga Rabl-Stadler.

Some 200,000 visitors are expected amid tight security measures, Rabl-Stadler said.

Celebrities and senior officials attended the opening ceremony held at the Felsenreitschule, a 17th-century theatre carved into the Moenchsberg mountain and which was featured in the “Sound of Music” classic.

The official launch was crowned on Thursday evening with the world premiere of the opera “The Exterminating Angel”, based on the 1962 black comedy by Spanish-Mexican filmmaker Luis Bunuel.

The work, adapted by 45-year-old British composer Thomas Ades, is a surrealist account of a formal dinner party which guests find they cannot leave.

Other highlights include new opera productions of William Shakespeare's “The Tempest” and Samuel Beckett's “Endgame”.