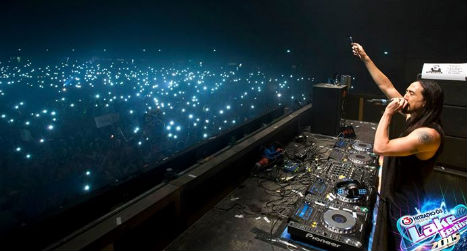 Tightened security at the dance music Lake Festival being held today, Friday, and Saturday means festival-goers may have to wait longer than usual to enter, organiser Klaus Leutgeb told the ORF.

“Due to the strengthening of security controls, visitors will need more time in front of and in the entrance area, because there are bomb-sniffing dogs, 50 extra people at the entrances, random bag controls and suspicious people will be additionally searched,” he said.

As well as 400 personnel from a security firm, as many as 50 police officers, lifeguards and firemen will be on the site.

Leutgeb asked that festival-goers refrain from bringing large backpacks, bags or handbags with them as they will not be allowed in.

“It is very important that people feel secure,” he said.

It follows several attacks in Europe in recent weeks, some of which were carried out by people inspired by or affiliated with the so-called Islamic State terrorist group.

In one attack a Syrian asylum seeker exploded a suicide bomb outside a music festival in Ansbach, southern Germany, killing himself and wounding 12 people.

Other event organisers in Austria have also upped security, although some have said there is no need for “hysteria”.

Thomas Semmler, who runs Klagenfurt’s Master of Dirt bike show taking place in August, announced a few days ago that “in days like these” they were intensifying the security. Security will only grant entry to people who can provide identification, he told the Kurier.

Organisers of a beach volleyball event taking place this week in Klagenfurt have said they are not increasing security personnel but had given special briefings on “investigating every backpack”.

Criminal sociologist Reinhard Kreissl told the Kurier that although it was important to keep eyes open, there was no need to “fall into a spiral of fear” as the chance of getting caught up in an attack were still “very, very low”.

“The world has not changed, but our feeling, our view of the world has,” he said.