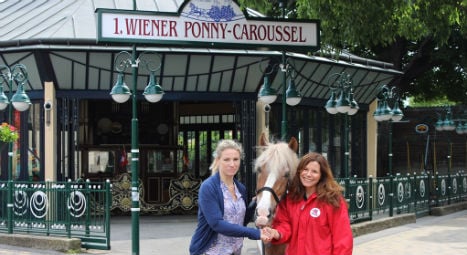 The owner of the carousel, which had been operating in the fairground since 1887, decided to call it a day following months of talks with animals rights organisations in Vienna.

Citing the reasons for the closure of the carousel, owner Isabel Groschopf told the Kurier that the pony carousel had not been lucrative for years.

“On the other, the hostilities are happening more and more. It is just not fun to operate a business if it is not desired by the majority,” she said, adding that the staff are insulted “practically every day”.


Video: YouTube/Claudia de Lioncourt
Animal rights organisation Four Paws said they were happy that they could come to an agreement with Groschopf.

“She ultimately recognised the sign of the times; the talks with her were very constructive and open from the beginning,” said the head of the charity’s Austria office Indra Kley. “For the animals this means hope for an appropriate end to their lives.”

After Prater’s summer season closes, the ponies will be re-homed on meadows in Lower Austria and Tyrol.

Groschopf said they are now considering whether to replace the real life ponies with plastic ones and keep the carousel attraction, although she admitted “that would be expensive”. They are also considering using the location for a gastronomy business instead.