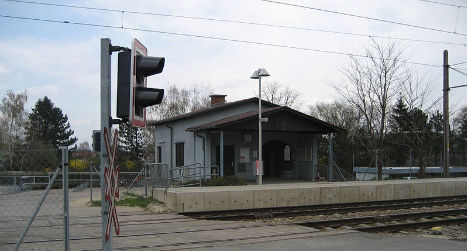 As reported earlier this week, the adults and a group of schoolchildren had been returning from a visit to Burg Kreuzenstein in Lower Austria and wanted to get a train back to Vienna.

Police began searching for the school after witnesses said they saw one of the adults climb under the level crossing at Leobendorf, with the rest of the group following behind.

Police were able to track down the school group and four female teachers and one other person accompanying the children admitted it was them who led the group across the dangerous crossing.

Six other people accompanying the group also provided statements to police. All of them are expected to face charges of endangering children through negligence.

It is thought there were as many as ten parents accompanying the children, although none of them reportedly said anything when the group started crossing the tracks.

A parent of a former student of the school told Heute newspaper that she knew of one teacher there who she thought did not supervise the children appropriately. “I filed complaints but they were always thrown out. That’s why I took my child out of the school,” she said, speaking anonymously.