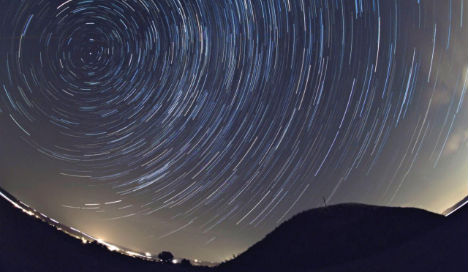 If you have any more ideas we could add to our bucket list, feel to add them in the comments.

Gather a few friends together and hire a boat on the Alte Donau. Or go as a couple and rent out the romantic ‘Island Paradise’ boat with it’s own bed and palm tree.

Cycle down (or up!) the Danube. The Danube cycle path is one of the most popular holiday cycle route in Europe, about 365 kilometres in length in total. Just want a short trip? Follow the path into the Lobau national park south-east of Vienna.

FKK swimming in the Lobau. While you’re in the Lobau, stop off for a bit of swimming in some of the park’s lovely lakes. Due to the remote location and protection of the forest, it’s a paradise for FKK – nude – swimmers.

See Vienna through the eyes of the homeless. The Shades Tours led by a homeless person that explores three different locations: an emergency night shelter, a soup kitchen, and a training or social worker session.

Go on the Smells Like Wien Spirit tour run by spaceandplace, to discover the various smells of Vienna.

Scale the climbing wall on Haus des Meeres, the city aquarium housed in one of the old Nazi anti-aircraft bunkers.

Hike through heuriger land. Vienna has hundreds of wine taverns amongst the vineyards within the city boundaries. Find heuriger hiking trails on the city of Vienna website – a local favourite is the gentle stroll from Kahlenberg down to Heuriger Hirt and Sirbu.

Descend into Vienna’s sewers on The Third Man Tour. Visit the original location in Vienna's sewer and follow the footsteps of Orsen Welles, also known as Harry Lime, “The Third Man”. Discover Vienna's underworld and learn more about then and now.

Get a massage and spending a day relaxing at Therme Wien, the thermal spa in the city’s Oberlaa district.

Attend one of the many open air cinemas in Vienna, including one set up on the roof of a building (Kino am Dach) or the huge screen in front of Rathaus. More info here. Explore the many Heuriger in the Wachau, one of eastern Austria’s most picturesque regions. A train ride from Vienna will soon take you to the heart of the region. For more info on local heuriger see here.

Star-gazing at Großmugl. The best way to get to Großmugl is by car. Get their around sundown and follow the sign-posted star-gazing trial that takes you for a short walk and a great view of the Milky Way – despite being just 40 km north of Vienna.

See falconry displays at Schloss Rosenburg. Take a trip to one of Austria's most visited Renaissance castles and watch the falconers display their impressive birds of prey housed at the stunning castle. A great one for families.

Visit the Melk Abbey, a palace fortress that once belonged to the Babenberg family nearly 1000 years ago before they passed the building onto Benedictine monks in the 11th century. It soon got a reputation for being the centre of learning and culture and – although rebuilt in a Baroque style in the early 18th century – it is still functioning as an abbey and monastery school today.

Visit the Venus of Willendorf museum to discover more about the oldest work of art ever found in Austria that was discovered at an archaeological site near the village of Willendorf, near Krems. Want to see the original figure? That’s held in Vienna’s Naturhistorisches Museum.

Go padding in Neusiedlersee (Burgenland). This expansive lake in a beautiful nature reserve in Burgenland is a peaceful place to watch the sunset after a day’s gentle stroll. With reliable winds, it’s also a popular spot for windsurfing and other water sports.

Pay a visit to Gut Oggau, thought by some to be one of the best Heuriger (wine taverns) in all of Austria. Run by Stephanie Tscheppe Eselböck and Eduard Tscheppe Eselböck, their extraordinary wines and beautiful biodynamic vineyards make it well worth a visit.

Visit the indigo printers in Steinberg. These ancient artform and printing method has been passed down the family for generations and today there are only two printers in Burgenland. Products made by the Koó family printers, using some equipment that is 200 years old, can also be bought at Esterházy Palace in Eisenstadt. Tour the lakes around the beautiful Salzkammergut region in Upper Austria. There are plenty of hikes to do around the region of Altausseer See, Grundlsee, or Hintersee, where you can also spend a day bathing followed by delicious meal at a local traditional restaurant.

Hallstatt was famously recreated in China and is commonly thought of as one of Austria’s most beautiful villages. The lakeside community is certainly stunning although very touristy. It’s also worth paying a visit to the local salt mining museum where you can see the famous ‘Mann im Salz’, the prehistoric salt miner found preserved in the mine 300 years ago.

Visit Ars Electronica Centre, the forward thinking center for electronic arts in Linz. The best time to visit is during the Ars Electronica festival taking place this year between September 8-12th, where innovative technology, art, music, and all things electronic will be on show at venues throughout the city. Enjoy some high culture at the Salzburg Festival, the huge festival of mostly classical music and drama held in the birthplace of Mozart. Taking place this year between July 22nd – August 31st.

Walk Austria’s pilgrim paths. There are nine major pilgrimage routes in the Salzburg region, including a section of the St. James Trail, the Arnoweg, and the path of St Rupert. More info here.

Austria’s largest reservoirs are embedded between the breathtaking rocks of the High Tauern Mountains in the state of Salzburg. You can travel to the 2,000-meter-high Mooserboden Reservoir with a shuttle bus and with the Lärchwand inclined lift and then take a tour of the barrage wall or visit an exhibition about the eternal ice of the glacier world. The breathtaking landscape surrounding the dam is also ideal for hiking.

Get sprayed by the trick water fountains in Hellbrunn Palace in Salzburg. The trick fountains allow you to experience, in virtually unchanged form, what brought so much pleasure for the archbishops almost 400 years ago when the palace was built by Salzburg’s prince-archbishop Markus Sittikus. Jets of water spurt out from every nook and cranny, although you don’t know where they will come from next. Great for families!

The Ötztal in Tyrol is a climbers paradise, with mountains and rocks providing opportunities for bouldering and climbing for all abilities. The area features 20 climbing gardens and about 750 different climbing routes.

Join the kitzalp24 in July, a 24 hour hike taking place in the Alpbachtal and Wildschönau. On the unique trek through the Kitzbüheler Alps, where the hikers are accompanied by experienced walking guides and mountain rescue team members from Alpbach and the Wildschönau.

Visiting some of Tyrol’s many beautiful waterfalls, including 159 metre high Stuibenfall, the highest one in the region. A thirty minute walk from Ötzi-Dorf  will get you there. More info here.

Eat at the restaurant at the top of Bergisel Ski Jump, the tower designed by the late architect Zaha Hadid. The Ski Jump is easily accessible by elevator and offers breathtaking views of Innsbruck.

The New Orleans Festival is taking place in Tyrol between July 21st-24th. A mixture of blues, big band and soul events will be on at venues in Innsbruck, with the headline act this year being Louisana singer Larry Garner.

For something a bit more rural, join in the festival Cattle drives (Almabtrieb) taking place in Tyrol at the end of the summer. This is when farmers and cowherds decorate hundreds of cows before driving them back home to the farm for the winter. The festival at Auffach is taking place on September 17th from 10am. Try out watersports at Wörthersee. There are six sailing schools by the lake that can offer beginnings sailing lessons, as well as opportunities to rent boats or go water-skiing in this luxurious region of Carinthia.

Chillout by and listen to acoustic music at Sonnegger See where the Acoustic Lakeside Festival is taking place on July 22nd-23rd. Graz’s Kunsthaus Graz is a must see cultural stop in Austria. The unusual amphibian-like building is not only an architectural icon of the city but it also host shows of Austrian and international contemporary art.

The Semmering Railway, built over 41 km of high mountains between 1848 and 1854, is one of Austria’s UNESCO World Heritage Sites. It runs through a spectacular mountain landscape in Lower Austria and Styria and there are many fine buildings designed for leisure activities along the way.

Go mountain biking in the countryside between Dachstein and the Schladminger Tauern. More famous for winter skiing, this region is an idyllic spot in summer as well, offering idyllic, leisurely routes for bikes with plenty of up and downhill stages.

Discover a lost world of rural life and work at the Austrian Open-Air Museum. Great for family day outs, these ancient farmyards in a remote valley in Styria are a window into the past. Find out what farming and life in Austria was like hundreds of years ago. Take the Pfänder cable car in Bregenz offers a unique perspective over Lake Constance – Europe’s 3rd largest lake – as well as a view of Germany, Switzerland and Austria. With a restaurant featuring a panorama terrace, it is a favourite destination for a day out as well as offering a chance to see displays of birds of prey in the nearby eagle sanctuary.

The Bregenzer Festspiele is a performing arts festival held this year between July 20th and August 21st. Hosted on the world’s largest lake stage, this truly is a stunning place to watch some of the world’s most famous operas.