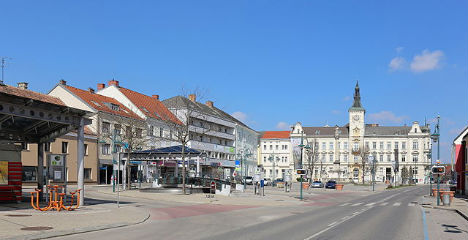 The town of Mistelbach. Photo: Bwag/Wikimedia

After being interviewed several times by the police, the schoolgirl admitted that the assault never actually happened. Police have now closed the investigation and recalled the composite sketch of the ‘suspect’ – drawn from the girl’s descriptions.

In June, the girl and other witnesses reportedly told police that the man had a dark complexion and was a foreigner. According to the Krone newspaper, the girl said the man abused her in the women’s changing room and forced her to perform oral sex.

Following an emergency meeting after the incident, local authorities decided to post a sign in English at the swimming pool that read “today no entry for refugees”. The ban was only temporary and they then employed extra security staff at the pool. According to the Krone, there are several refugee centres not far from the swimming pool.

Last week police said that the girl admitted the attack wasn't as serious as she had originally told them, saying that the man had only slapped her on the bottom as he walked past her – but it now seems that when she was questioned further she admitted to having invented the whole incident.

Last year, an Iraqi asylum seeker raped a 10-year-old boy in a toilet in a Vienna swimming pool.

Twenty-year-old Amir A. pleaded guilty in court in Austria in April and was sentenced to six years for the serious sexual abuse of a minor and rape.