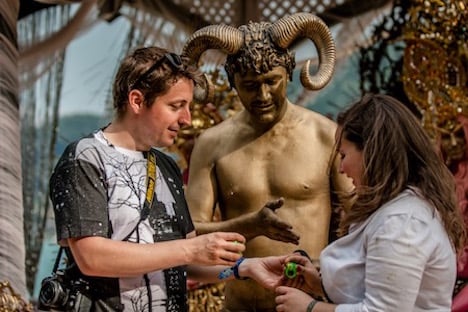 Going into its 19th year, the World Bodypainting Festival held at lake Wörthersee in southern Austria has become the melting pot and gathering of artists from 45 nations competing for the title of “World Champion” in bodypainting.

More than 300 artist teams totaling 1500 participants from all around the world take part, some with months of preparation.

This boutique festival attracts visitors from every culture and religion in the span of just one week. The experience is comprised of artistic performances, music, art and life style.

It is regarded as the largest gathering of bodypainters on the planet. As organizer Alex Barendregt of WB Production describes, “It is simply HOME”.

The massive growth of this festival has also been the platform for the development and awareness of an art form that twenty years ago was not so well-known.

It has also given birth to many projects around the globe in the name of bodypainting. It has offered inspiration, wonderful challenges and opportunities to artists from beginners to the advanced.

Simply put, the WBF is considered to be the artistic foundation of the modern bodypainting movement.

Here's the gallery for Day 2 — WARNING, some images may be NSFW.

And if you missed it, here's the Day 1 gallery — WARNING, some images may be NSFW.