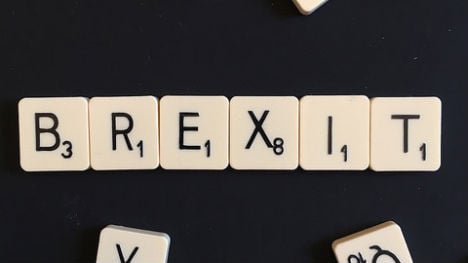 Matters are further complicated by the fact that Austria doesn’t allow dual citizenship, meaning Brits would have to give up their own nationality in order to gain an Austrian passport – something many are loath to do. At present, 9,975 British expats live in Austria, according to Statistik Austria.

No-one will be asked to move home or even be made to apply for a visa or residency permit just yet, and we know that negotiations will last at least two years once Britain has formally notified the EU that it intends to leave – thereby triggering the legal process known as Article 50 of the Lisbon Treaty.

Britain may be able to secure continued residency and work rights for expats living in EU countries in its exit negotiations, but at present it’s all unknown. While we can’t give you any answers – except wait and see – these are just some of the issues that could have profound consequences when Britain is no longer an EU member-state.


Susan le Jeune d'Allegeershecque, the British Ambassador in Vienna, has a message for you.

Health treatment is currently free for those travellers with a European health insurance card (EHIC) and for UK state pensioners living in the European Economic Area.

That deal will automatically end when Britain pulls out of the EU and separate deals with European nations will have to be struck.

Before joining what was then the EEC, the UK had reciprocal health agreements with many European nations, including Austria, so a new deal is likely on the cards.

What will Brexit do to my pension?

If British citizens are still permitted to retire in an EU state, they may find their pensions affected, not least because at present, anyone who retires within the European Economic Area, has their state pension increased every year under the “triple-lock” system.

This means that pensions rise by the higher of wage or price inflation, subject to a minimum of 2.5pc. With Brexit the UK will have to negotiate individual reciprocal agreements with EU countries if annual state pension increases for expats were to continue.

Will my driving license still be valid?

Just as in the case of UK passports, driving licences issued in the UK are EU-branded and will have to be phased out as people renew them. But post-Brexit will British driving licenses be valid in Austria or will people living here have to apply for Austrian ones? What about those expats who have already got themselves a Austrian driving licence? Will they be valid if and when you return to post-Brexit Britain?

Will Brexit bother my four-legged companion?

Remember those days when pets had to suffer six-months of quarantine to bring them into the UK? The EU pet passport scheme put an end to that but for the Brits who take their furry pals back and forth between Austria and the UK each year, Brexit could be a disaster.

It could also have a dire impact on the charities that seek British homes for the animals abandoned in overcrowded shelters across Europe.

What about the study abroad programme?

The Erasmus+ scheme is an EU programme open to education, training, youth and sports organizations. It offers opportunities for UK participants to study, work, volunteer, teach and train in Europe. And thousands of British students opt to study in Austria each year, while the UK is the favoured destination for Austrian students.

Jo Johnson, Minister of State for Universities and Science, released this statement following the referendum result:

“The referendum result does not affect students studying in the EU, beneficiaries of Erasmus+ or those considering applying in 2017. The UK’s future access to the Erasmus+ programme will be determined as a part of wider discussions with the EU.

“More broadly, existing UK students studying in the EU, and those looking to start in the next academic year, will continue to be subject to current arrangements.”

But after Brexit, who knows?

What will happen to roaming?

Mobile phone users across Europe are looking forward to the complete removal of roaming charges between EU states in June 2017 but the controls were introduced under an EU regulation and are not incorporated into UK law.

So the UK will have to negotiate their own deal with mobile phone operators once Brexit occurs or we will all be looking at a hike in roaming charges on trips back to Blighty.

Whatever is on the cards for the next few months and years, just remember that right now nothing has changed.