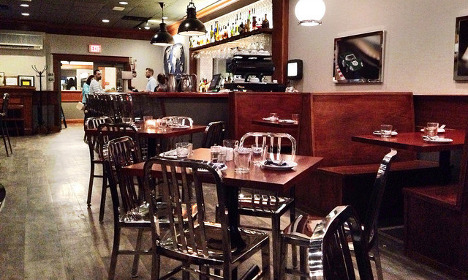 This was the message left on a sign outside one restaurant, Der Wirt, in Feldkirchen, according to Der Kurier.

“I can't find staff anymore. Unfortunately I can't offer higher wages, because the state already takes so much,” Martin Hintringer, owner of the restaurant, said. He has had to rely on financial support from family and friends to keep his business afloat and is hoping that he will receive some job applications soon.

But he is not the only business owner struggling to find staff. Several restaurants and hotels in the area are struggling to find employees, despite the large numbers of people allegedly looking for jobs. According to the figures from Austria's employment agency, AMS, 43,500 people are officially seeking jobs in the food service industry, while there are just 4,700 posts advertised.

“This year I've already done over 200 job interviews – but none has been successful,” Eveline Pichler, a hotelier, told Der Kurier. She said some applicants had only wanted to work half-days, while one had complained that the salary wouldn't leave him with enough money for alcohol.

Another argument is that guests are becoming less friendly and are likely to take out their frustrations on wait staff, making it an unappealing sector for many workers.

One success story shows that the hospitality industry can benefit from employment of new arrivals, such as the recently-opened Magdas hotel.

The number of people receiving unemployment benefits has crept steadily up in Austria over the past few years, while the government has attempted to crack down on those who are not actively seeking work.

Just over 490,000 people were registered as unemployed in Austria in January, with 65,000 of those attending a government training course. The sectors worst hit were health, retail and tourism.

One of the reasons for the dramatic increase was the number of unemployed refugees who had recently arrived in the country – unemployment among foreigners increased by 17 percent last year. However, there has also been a rise in long-term unemployment, which tripled during 2015, with the tourism sector hit particularly hard.