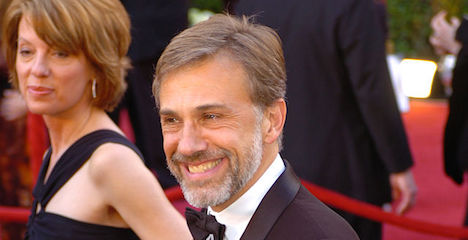 The Vienna-born star of “Inglourious Basterds” and “Django Unchained” said he was “worried shitless” by the damage Britain's successful “Leave” camapaign was doing to the rest of Europe.

“It's preposterous what's happening. That exit from the EU is not only counterproductive, it's really stupid,” Waltz said at a press event for his latest movie, “The Legend of Tarzan.”

Cameron is due to gather his cabinet Monday at the start of a crunch week for Europe's leaders after Britain's shock vote on Thursday to leave the EU.

Finance minister George Osborne is expected to try to reassure financial markets following the momentous Brexit vote, which has fueled fears of a breakup of the United Kingdom and prompted Cameron to announce his resignation.

“The bloody Chelsea Pensioners voted themselves out and it was David Cameron who brought it upon himself, upon Britain and upon Europe,” Waltz fumed.

“And now he says 'I'm just going to oversee the proper orderly conduct here and then I will step down' and let someone else clean up his bloody mess.”