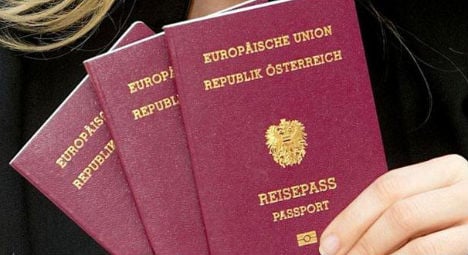 The case involves an Austrian from the city of Steyr who has been living openly as an intersex person for ten years as their body does not conform to medical definition of the male or female gender.

They requested that their gender be correctly depicted in the birth register and on their passport but the registry office in Steyr rejected the request, arguing that legally only ‘male’ or ‘female’ can be used and not ‘X’ or ‘Inter’.

The person filed their complaint with officials last Friday and now the case for re-issuing the passport with an intersex gender is being considered.

“There is no single paragraph in the Austrian legal system that stipulates that there are only two genders,” said lawyer and president of the LGBT rights organisation Rechtskomitees Lambda (RK Lamba) Helmut Graupner.

Graupner, who has taken on the case, says that it is only written in the civil registry that a gender should be entered.

Some other countries have already allowed ‘intersex’ as a gender on official documents, with Australia first granting an ‘X’ on someone’s passport back in 2003 and then extending the policy across the federal government in 2013.

Since 2013, Germany has also allowed parents of intersex children to leave the gender blank on birth certificates, instead of having to choose ‘M’ for male or ‘F’ for female within one week of the birth.