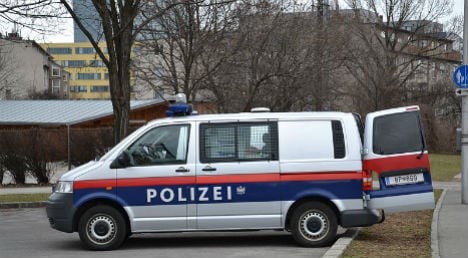 The 26-year-old called police to report a bomb threat near a local elementary school, where a parish festival was taking place, in the Austrian state of Lower Austria.

The police received a call from the man who told them “in 15 minutes a bomb will go off at the festival” at around 4pm on Sunday afternoon.

The police immediately evacuated the approximately 250 people who had attended the parish celebrations (‘Pfarrfest’) at the local elementary school.

Explosives experts and sniffer dogs did not find any traces of explosives or suspicious items when they searched the school. The festival was allowed to continue at around 6pm.

Around the same time, only a few hours after the anonymous phone call, the police had a suspect: the 26-year-old unemployed man who lived in the surrounding area.

He confessed to making the phone call soon after his arrest, saying that he had been bothered by the loud music coming from the festival. No explosives were found in his apartment.

He has been released from custody but currently faces charges for calling in the false bomb threat.

Only last week a shopping mall in Vorarlberg was evacuated because of a false bomb threat. A man called police and demanded €50,000 in exchange for not blowing up a restaurant inside the shopping mall.

The man was arrested soon after and no explosives were found anywhere in the area. In this case the man had been mentally ill and was brought to a local hospital.