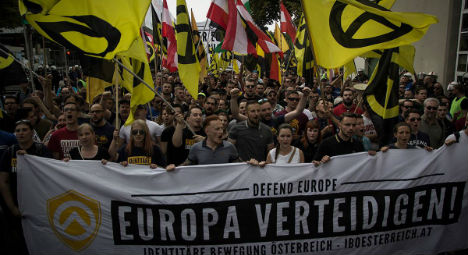 A 17-year-old German boy suffered a head wound due to a stone thrown from a building during a rally organised by the right-wing group Identitäre in Vienna on Saturday.

The incident happened as left-wing demonstrators clashed with supporters of Identitäre, who were protesting against refugees and immigrants.

Austria's State Office for the Protection of the Constitution is now investigating allegation of attempted murder.

A search is still underway for the perpetrator who threw the rock and a plastic bucket at the right-wing protesters from the top of a nearby building, hitting the teenager below.

The victim collapsed after being severely injured and underwent head surgery at the hospital. Since Tuesday he has been “stable” and recovering, a hospital spokesperson told APA. On Thursday police released photos from the incident and are asking members of the media, the public or any witnesses to come forward if they believe they have any relevant information.

Identitäre Bewegung Österreich – the Austrian branch of the Identitarian movement – has also offered a €1000 reward for anyone who can provide information regarding this crime to the police leading an arrest.

Last Saturday’s rally by the group had to end early after left wing counter demonstrators disrupted the protest and started attacking the right-wingers. Police responded with pepper spray.

Seven of the left-wing protesters were arrested for a variety of public order offences, while one member of the right-wing group was arrested for alleged neo-Nazi propaganda activity.

All in all 13 people were injured at protests, however only four had to go to the hospital and most injuries were due to the pepper spray used by the police. 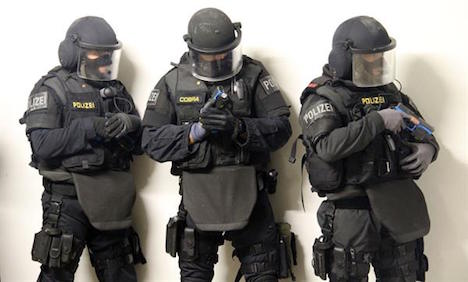