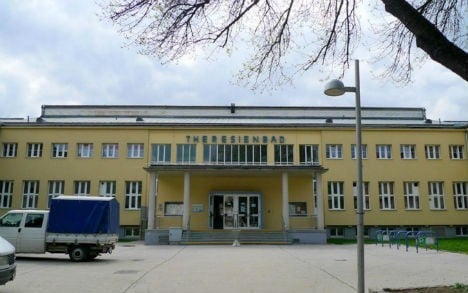 Twenty-year-old Amir A., an asylum seeker from Iraq who is married with a child of his own, initially claimed to police that it was a “sexual emergency” when he attacked the schoolboy.

He pleaded guilty in court in Austria in April and was sentenced to six years on Tuesday for the serious sexual abuse of a minor and rape. The sentence is not yet legally binding.

The defendant could have received possible jail time of up to 15 years but received six years due to his young age, the fact he had no previous convictions, and what the court called “unfavourable life conditions”.

The victim, who is suffering serious psychological problems following the attack, was also awarded €4,730 in damages.

Amir A., who left Iraq where he worked as a taxi driver in August 2015, told the court that he had “wanted to build a future for myself and my family”, according to the Kurier.

Although initially heading to Sweden, he eventually claimed asylum in Austria and was placed in refugee accommodation in Hietzing.

He carried out the attack last December at the Theresienbad swimming pool in Vienna's Meidling area.

The young boy was swimming at the pool by himself and had befriended a 15-year-old boy, who was with the Iraqi man.

When the youngster went off to the showers after his swim the 20-year-old followed him and pushed the boy into a toilet cubicle, where he assaulted him.

During the court hearing the man said that he still wanted to bring his young wife and child to Austria, even though he was now facing jail and his asylum application had not been granted.

The mother of the victim, who arrived in Austria herself as an immigrant from Serbia during the civil war says she regrets teaching her five children to offer the same hospitality to new arrivals that she had herself received.

She said earlier this year that her boy still has psychological scars “which may never heal”, and that he has to take antidepressants and sleeping tablets.