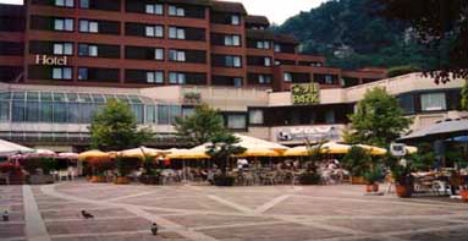 A man threatened to blow up the Illpark FeldKirch shopping centre on Monday afternoon, leading to an evacuation of the building.

The 33-year-old man threatened to blow up the restaurant “Mundart” located on Leonhards-Platz near the shopping centre, unless he was paid €50,000.

The man called the police at 4pm and demanded that the €50,000 be put in an envelope near the entrance to the mall’s parking garage.

When the police responded to the call shortly after, they found a man near the restaurant acting suspiciously. He was held up by police, who found he was carrying the phone used to make the call.

Soon after being taken into custody the man admitted that he had called in the threat. He was identified by police as a local to the area, who was known to the police and mentally ill.

After a police doctor examined him, he was sent to Rankweil hospital. All evacuation procedures were called off at around 5pm that afternoon, after police established there was no bomb.

This included sending back a police detection dog from Tyrol ordered especially to detect any explosives in the area. No one was hurt during the threat or the evacuation.