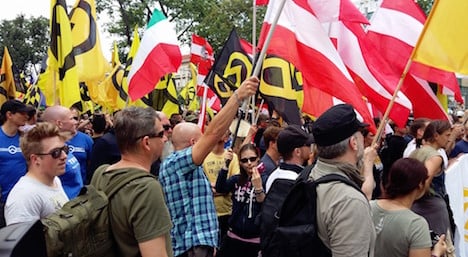 According to a police spokesman, the original protest by the right-wing xenophobic Identitären movement of around 800-1,000 marchers was intercepted by a similar number of far-left socialist counter-protestors, who were determined to disrupt the right-wing group's peaceful protest.

Police were forced to intercede when the left-wingers began throwing rocks, fireworks and bottles at the right-wing supporters, and some began attacking them with iron rods.

Among the injured were four police officers.  Around 1,000 police were deployed to keep the two groups from clashing.  According to news reports, at least one of the injured remains in a coma.

A police spokesman said that they had to use force to protect the rights of both groups to have freedom of assembly, while ensuring that the two groups were unable to engage in direct clashes.

An official police tweet allegedly shows one of the large rocks which was hurled by one of the protestors at a police officer.

“We are often, especially now, between politically opposite interest groups.  Above all, one thing is clear — the police are committed to protect neither 'right' nor 'left', but rather to protect the fundamental right to freedom of assembly,” said a spokesman.

The above image shows how protestors prepared themselves for a “peaceful demonstration.” 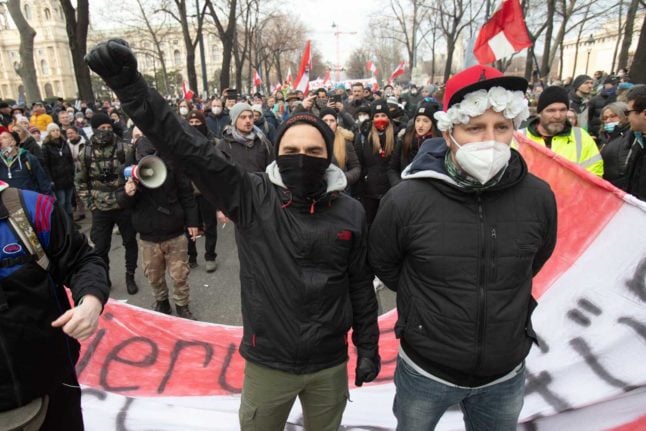 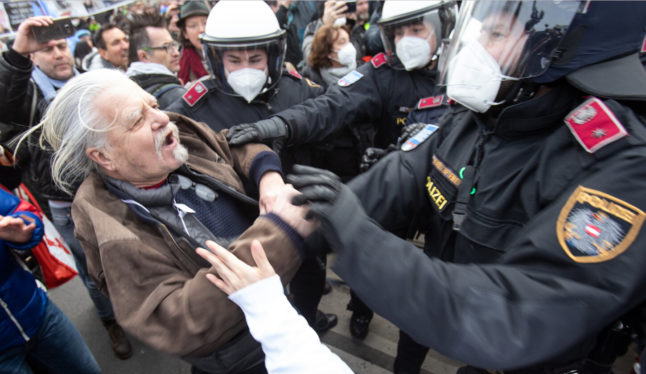