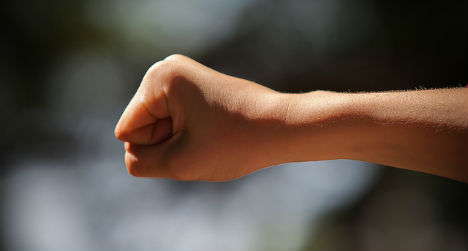 The couple was heavily intoxicated when the 50-year-old woman pushed her 45-year-old husband out of their first floor flat window in the Viennese district of Favoriten on Sunday afternoon.

They started fighting around three in the afternoon after consuming a significant amount of alcohol, according to the police.

Their fight escalated when the woman pulled out a knife, although her husband managed to take it away from her and stab her in the thigh twice.

After being stabbed the woman responded by pushing her husband out of the window.

Following a two-metre fall out of the window, the husband returned to continue the fight, where his wife threw him a second time from the window. The police were called after his second fall when a passer-by noticed his head wound.

The 45-year-old man was arrested and charged for assault. However the woman was taken straight to a hospital in an ambulance. She was later charged with assault as well. Police could not determine the cause of the fight, as neither husband nor wife was fit for questioning due to their intoxicated state.

After a preliminary test, the 45-year-old had a blood alcohol level of 3.8 per mille.