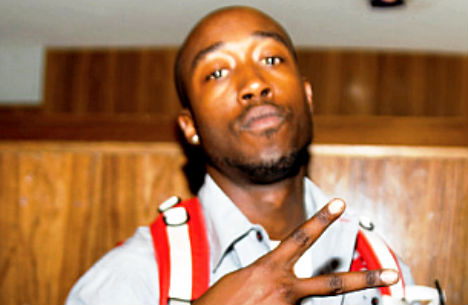 The US music star was seized by French authorities last week just moments before he was due to go on stage in Toulouse after Austria issued an European arrest warrant for him.

Gibbs, 33, who is signed with ESGN Records, had been performing last June in Vienna’s Grelle Forelle club.

Following his arrest in France, Gibbs – who denies the allegations – is currently in the process of being extradited to Austria to await a trial, according to Pitchfork magazine.

The rapper's legal team told the magazine that he will “be fighting the extradition request as these are nothing more than trumped up charges.”

The security staff member who is also accused is not with Gibbs on his current tour in Europe, which was due to take him to London.