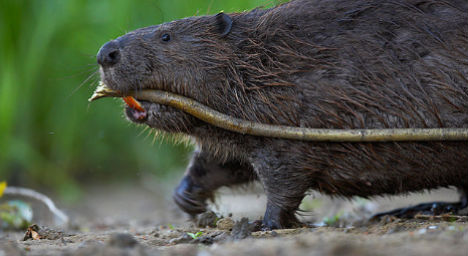 After disappearing from the country over 100 years ago, beavers were reintroduced to Austria in the seventies when about 40 were released into the wild around the Danube floodplains.

Since then the beavers have populated and migrated around the country and there are thousands living today in Austria.

But the beaver programme had not been without its difficulties as the protected animals can come into conflict with farmers by damaging their fields or with local authorities by obstructing water flows.

The problem became so bad the government even set up a “beaver management” programme last year to mediate between those affected and the conservation authorities.

Since it started in April 2015 the beaver “managers” have resolved 35 conflicts in 29 municipalities in the country.

The mayor of the small town of Zurndorf in Burgenland Werner Friedl says, however, that there has been no solution so far to the beaver problems in his town, which he says have caused damage to the tune of €750,000 by interfering with flood controls and water flows.

“The beavers have a paradise here. There are 200 animals for sure,” he said in an interview with the Kurier newspaper.

Friedl added that he is not hostile to beavers and does not support the idea of a cull but hopes that the conservation department “wakes up from their winter sleep”.

Experts from the beaver management programme have tried to reassure critics that the beaver population takes about 30 years to stabilize before it stops growing.

At the moment, the beaver management programme is used for education purposes and to resolve local problems, although if problems persist it may be used to relocate or cull some of the population.

Eurasian beavers have few natural predators in the wilds of Austria, as they are traditionally hunted only by red foxes, brown bears, lynxes and Eurasian wolves.