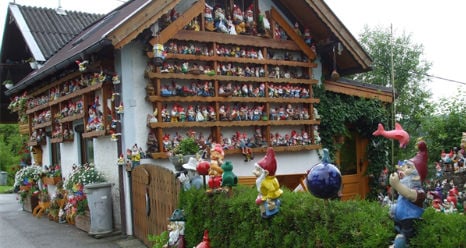 Pensioner Helga Eidenhammer has 4,443 gnomes in her garden in total, which is four times the number of residents there are in her local village Pfaffstätt in Upper Austria.

She began the collection over 25 years ago when she was given her first  gnome by her husband as a gift.

“That was my pride and joy. And that was it – overnight it was like an addiction,” she said, speaking to the ORF. During wintertime, she spends four weeks washing them all before then spending three weeks putting them out in the garden again when spring rolls around.

According to the Guinness World Records, the largest gnome collection in 2015 belonged to British woman Ann Atkin.

With only 2,010 gnomes and pixies in Atkin’s garden in North Devon, however, Eidenhammer may well actually hold the true world record. Eidenhammer thinks her passion has cost her at least €80,000.

“Thank God my husband also collects, otherwise I would have a problem,” she said. “However, my husband collects just football gnomes.”